My Visit To The Hector Pieterson Museum And Memorial

Unfortunately I arrived on a day when the Hector Pieterson Museum was closed. Fortunately all wasn’t lost because the memorial was outside the museum and I was able to see it and learn about what happened.

On June 16, 1976 Hector Pieterson was gunned down by police as he and other students marched to to gather at Orlando Stadium, where they would then march to the regional offices of the Department of Bantu Education.

Around 15,000 students had gathered to protest the mandatory use of Afrikaans as a language of instruction in black secondary schools.

They students carried signs that read, “Away with Afrikaans”, “Amandla awethu” (“Power to the people”) and “Free Azania” (“Free South Africa”). They also strengthened their resolve by singing the hymn Nkosi Sikelel’ iAfrika (God Bless Africa). The song is now part of the national anthem of democratic South Africa.

The students were met by police on the way to the stadium and they were ordered to end the march and to go home. The students refused to comply and a confrontation developed.

As the confrontation escalated, police fired upon the crowd and one of the first students to be shot was 12-year-old Hector Pieterson. Photographer Sam Nzima was there when Pieterson was shot and he took to the picture of Mbuyisa Makhubo carrying Pieterson’s body, with his sister, Antoinette Sithole at his side. This is the picture that stands at the Hector Pieterson’s memorial outside the Hector Peterson Museum.

« Apartheid Museum In Johannesburg :Previous — Next: Mandela House In Soweto »
ADVERTISEMENT - Why do I see this? 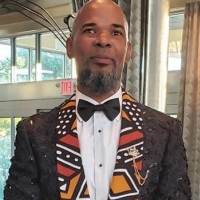